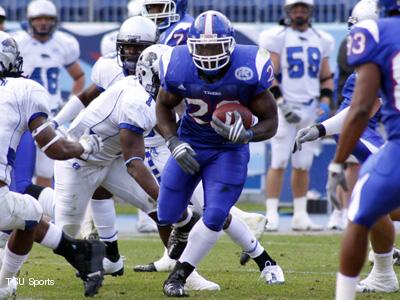 The Kansas City Chiefs have selected Javarris Williams, running back out of Tennessee State. According to our draft interests page, the Chiefs held a private workout with him the first week of April.

NFL Draft Scout projected him as a 5th-6th round draft pick.

I wrote a post on him back on April 6th following the news that we had worked him out. At the time I wondered if he was going to be considered "LJ insurance." I was surprised to see so much production over an extended period. Here are his career stats.

Here's what Draft Countdown had to say about him:

Did not face much top competition...Not very elusive...Doesn't play as fast as he times...Will have trouble running outside in the pros...Isn't a big play threat...Wasn't really utilized as a receiver...Upside is limited.

They also say he could project as a fullback in the NFL. 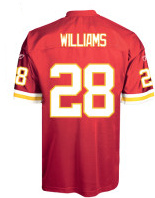