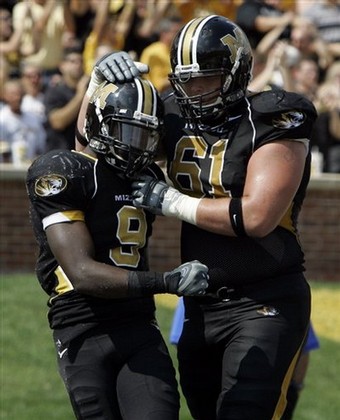 With the Kansas City Chiefs fifth round pick (#139), they have selected Colin Brown, an offensive tackle out of Missouri.

The official Missouri website has him listed at 6'8", 325 pounds. There's not much information on him out there. A few places I've looked had him rated as a 7th round prospect. Scouts, Inc has him rated as the 58th best tackle.

Here is what the Sporting News says about his strengths and weaknesses (H/T Ken Harvey in the comments):

Has good size and long arms. Shows impressive quickness off the snap. Handles big defenders with ease, and is effective keeping opponents away from the quarterback. Is a tough, competitive player. In short areas, shows decent agility and lateral quickness.

They projected him as a right tackle.

What's interesting is that Brown played exclusively in the Mizzou spread offense. I wonder if that's an indication that Pioli and Haley think they have it figured out when it comes to scouting spread offensive linemen or if the Chiefs will be running something similar.

According to our Draft Interests Page, the Chiefs had no contact with Brown. 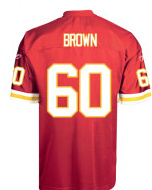 Click here to watch the draft live on NFL.com.