No Ruling Yet in Larry Johnson's Grievance Hearing with the Chiefs

Share All sharing options for: No Ruling Yet in Larry Johnson's Grievance Hearing with the Chiefs 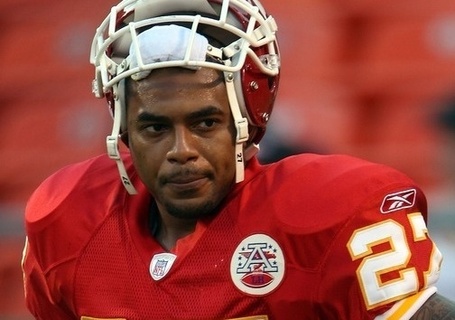 We've been waiting just over a week for yesterday's salary grievance hearing between Larry Johnson and the Kansas City Chiefs. Yesterday's hearing came and went quietly. Adam Teicher of the Kansas City Star has the scoop:

The case between the Chiefs and running back Larry Johnson was heard Wednesday by a special master, but he made no ruling. Neither side was certain when a ruling would be given.

At issue is $3.75 million of guaranteed money Johnson is due from the Chiefs in the contract extension he signed in August 2007. The contract calls for $3.5 million of Johnson’s 2009 salary and $250,000 of his 2010 salary to be guaranteed regardless of whether he plays for them or not.

Teicher goes on to say for a second time what his sources are telling him about Larry's future in KC:

A source familiar with the situation has said the Chiefs would probably release Johnson if they prevail, suggesting the team wouldn’t be going through the trouble if it didn’t intend to free him from his contract.

Again, we wait to hear what Larry Johnson's fate is.

*You're probably wondering what a special master is too. It's a "a representative of the court appointed to hear a case involving difficult or specialized issues."