Bills Trade LT Peters to Eagles; Chiefs Chances of a Trade Down Diminish

Share All sharing options for: Bills Trade LT Peters to Eagles; Chiefs Chances of a Trade Down Diminish 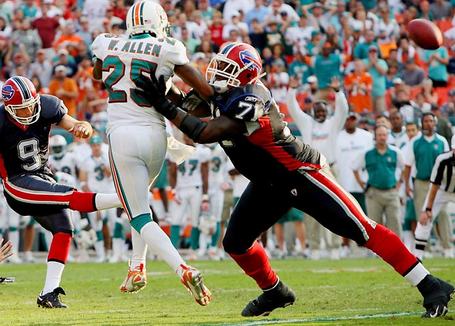 The Buffalo Bills have traded left tackle Jason Peters to the Philadelphia Eagles according to Jay Glazer of FOXSports.com.  The deal reportedly involves the Eagles second 1st round pick, the 28th overall selection in the 2009 NFL Draft.  A second day pick as well as a 2010 selection is also reported to be involved in the trade to Buffalo.

This likely puts to rest any likelihood of the Kansas City Chiefs trading down with the Philadelphia Eagles in the draft on April 25th.

The Eagles had reportedly worked out Jason Smith and Eugene Monroe, the two top left tackles entering the draft, which indicated they would be open to trading up to nab one of them.

With Peters now in Philadelphia, the Chiefs will have to turn to the Denver Broncos and Buffalo Bills as potential trading partners as they're the only remaining teams with two first round picks (other than the Detroit Lions).

Peters made the Pro Bowl last season despite being ranked 31st in the NFL among left tackles in sacks given up.

H/T KansasCityShuffle in the FanShots.