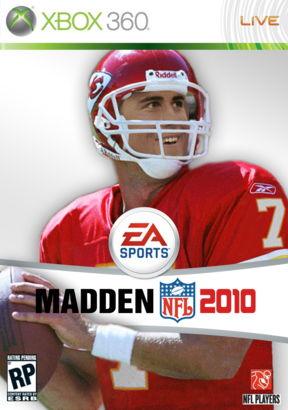 Replaced the image with this courtesy of soybon in the FanShots

Matt Cassel has astonishingly made his way onto the elite list of nine athletes despite being traded to the Kansas City Chiefs after leading the Patriots to an 11-5 season last year and being the butt of oh-so-many jokes in the process.

On the one hand, this is great news for Matt Cassel personally. The exposure of being on the cover of one of the most high profile video games is excellent for him. It probably means a little more money and endorsement opportunities.

On the other hand, this is terrible news if you believe in curses. The Madden Curse, that is.

Is the curse real? Am I just being paranoid when I think this is NOT good news for Cassel and the Chiefs? Let's take a look.

I know, I know. There's no such thing as a curse. But for a Chiefs fan that has been "cursed" since 1969, I don't need any more bad karma headed my way. Just say no to Madden, Mr. Cassel!