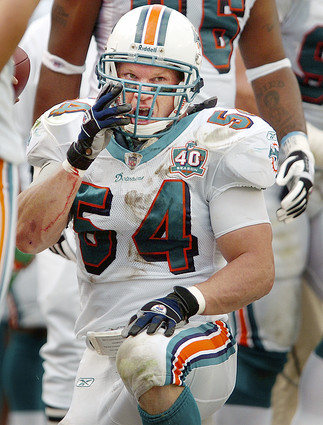 Free agent linebacker Zach Thomas was in contract negotiations with the New York Jets as well as the Chiefs when he decided to descend upon Kansas City.  This is excellent news for the Chiefs as it shows that free agents are now choosing Kansas City rather than settling.

Agent Drew Rosenhaus said Thomas had the option of waiting until training camp to sign with a team but cited some of the new faces in Kansas City as the reason for picking the Chiefs.

"Zach really likes the opportunity in that defense," Rosenhaus said. "They play a 3-4. He's going to get a chance to start inside. He's going to be 36 years old in September. To have an opportunity to start for a quality franchise, you can't turn that own."

To be fair, the Jets likely didn't offer him the chance at a starting position like the Chiefs could since they still have linebacker David Harris on the roster.

We heard similar things from Bobby Engram when he was signed who said he was excited with what Pioli and Haley were building in Kansas City.

Now, no one is saying the Chiefs are next worst-to-first team like the Miami Dolphins, but it's excellent news that there are free agents out there who are now looking at Kansas City not as a 2-14 team but as a team on the rise.