Maybe Dick Curl Wasn't So Bad for the Chiefs

Share All sharing options for: Maybe Dick Curl Wasn't So Bad for the Chiefs 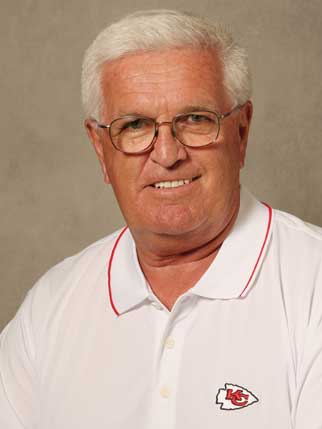 But Curl didn't exit Kansas City without leaving his stamp on the organization.

He's the one who was largely responsible for convincing the Chiefs front office to enter the 2008 season with Tyler Thigpen, Damon Huard and Brodie Croyle on the depth chart.  Let's step back in time to the days following the 2008 NFL Draft, when the Chiefs didn't select a quarterback in the draft despite having on the depth chart an unproven nobody (Thigpen), an older veteran on his last legs (Huard) and the starter who couldn't (and wouldn't) stay healthy (Croyle).

Check out this gem from Thigpen in the days following the 2008 Draft:

Thigpen added that Curl has "taken heat" for persuading the Kansas City front office to concentrate on areas other than quarterback.

"Taken heat" is one way to put it.  Curl was the engine behind one of the most irresponsible front office moves in Kansas City in a long, long time.

But, at the same time, if the Chiefs had drafted a quarterback in last year's draft, there's a good chance he would have gotten the nod over Thigpen when Croyle and then Huard went down.

So, we never would have known Thigpen to be the potential diamond in the rough that he is and then the Chiefs possibly would have strayed away from engineering the trade for Matt Cassel (and subsequently Mike Vrabel).  I think most of us can say with full confidence that there wasn't a player in the 2008 draft with as much promise as Cassel brings.

So, while Curl won't be missed for his coaching prowess, he will be missed for possibly the strangest name in the NFL and his personnel mistake that ultimately might have been a blessing for the Chiefs.

Before you ask, yes, it's a slow day around these parts.