Jay Cutler Thinks Broncos Will Send Him to the NFC

Share All sharing options for: Jay Cutler Thinks Broncos Will Send Him to the NFC 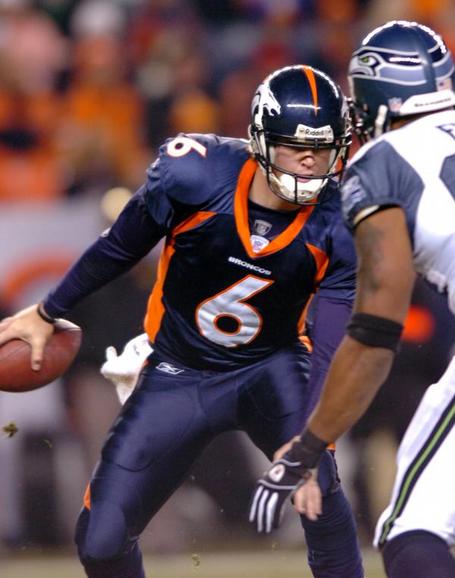 As long as he's outta the AFC West, I don't care where Jay Cutler goes. But if he leaves Denver and the AFC, then that's just icing on the cake.

Jay Glazer of FOXSports.com is reporting:

Cutler didn't proclaim a favorite but also believes Denver will end up trading him to an NFC team. It's believed Denver is considering all offers to move Cutler before the April 25 start to the NFL draft.

Cutler spoke with FOXSports.com's Jay Glazer and in a confusing role reversal said he was "surprised" to hear of the trade.

"I was surprised they decided to trade me this soon," Cutler told Glazer in his first comments since the statement was released. "I didn't want to get traded. This wasn't me. They [The Broncos] had been going back and forth saying things, wanting me to be their quarterback and then they didn't."

Huh?  As each day passes, I'm glad Scott Pioli has cast a shadow of secrecy over Arrowhead.  Cutler is an excellent example of what can go wrong when a player is coddled.  Broncos owner Pat Bowlen told him he would keep the offense in tact for him.  Do you think Scott Pioli or Clark Hunt would say something like that to a player?

Cutler went on to say, "I love Denver. I really like my teammates. I didn't want it to get this far."

Glazer reports the asking price for Cutler is more than a 1st and a 3rd round pick.

I've been as big of an advocate of Cutler as any division rival can be but this entire situation has soured me on him despite his talent.  With each passing day, I'm more comfortable saying I would rather have Matt Cassel as the Chiefs quarterback.