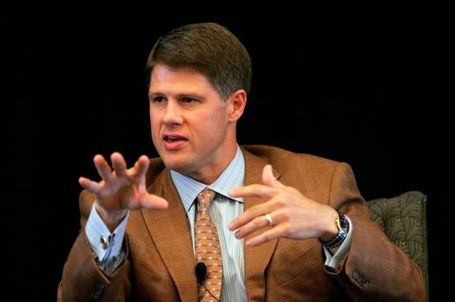 Last month about this time, Kansas City Chiefs owner Clark Hunt roared into the approval ratings with a 91% approval rating. 1% of the respondents disapproved of Hunt's actions so far and only 7% were unsure. Which leaves us with...99%? Okay, there is some rounding (or lack of rounding) going on in that poll.

Since early February, it's been more Scott Pioli and Todd Haley's show than Clark Hunt's but I personally think Hunt is doing a great job. He got the key guys in place and now we'll see what happens.

Do you approve or disapprove of the job Clark Hunt is doing as Chiefs owner?

*Something was up with the first version I posted. I re-created it here.