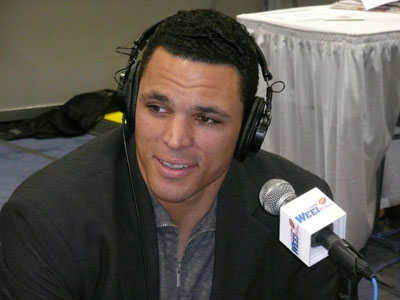 Now we're getting into a semantics debate.

Continuing with this report from a couple of days ago, Adam Teicher of the Kansas City Star caught up with Kansas City Chiefs GM Scott Pioli at the NFL Owners meeting in California to ask him about Tony Gonzalez. A source close to Gonzalez recently said that if there was a potential trade out there, to a decent team, that Tony would consider asking for a trade.

To be clear, Tony Gonzalez has not demanded a trade. A source close to him, not even Tony himself, has said that if the right situation came up, Tony would be fine with leaving. Well, yeah. That's been the situation for about two years now.

Here's what Don Pioli had to say:

This Gonzalez news is really not even news. Welcome to late March in the NFL off season.

Here are a couple of other notes from that Star article: