Chiefs Likely One of the Teams that Attended LSU Pro Day

Share All sharing options for: Chiefs Likely One of the Teams that Attended LSU Pro Day 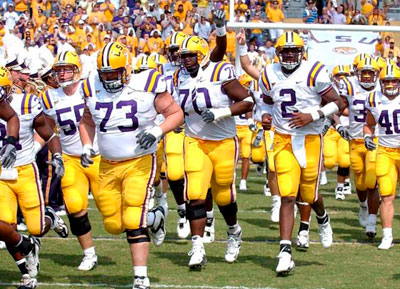 You have brought Chiefs fans so much joy, JaMarcus Russell.

With the news yesterday that the Kansas City Chiefs are conducting a private workout with defensive tackle Ricky Jean-Francois, it's a safe assumption that the Chiefs were one of 24 NFL teams that were represented in Baton Rouge at the LSU Pro Day today.

LSU has been an NFL factory the past few years and this year appears to be no different.

Click through for a quick look at each of these players and what they could bring to the Chiefs. 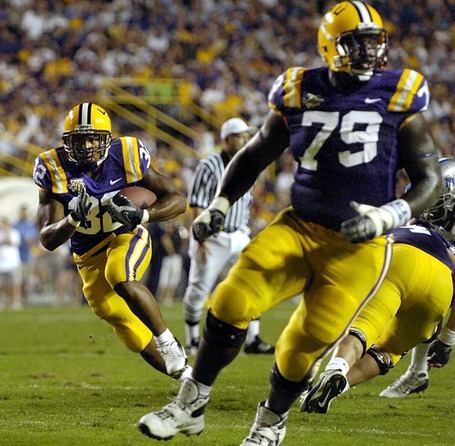 It's unlikely Johnson will last until the Chiefs 3rd round pick so, barring any trades, we won't have a shot at him.  But, he might be the biggest player in college football.  Gil Brandt says he's "an intriguing player due to his incredible size, had a 26 1/2-inch vertical leap with a 7-foot, 10-inch broad jump and times of 5.01 in the short shuttle and 8.58 in the three-cone drill. He had 24 reps on the bench press."

Johnson played left guard at LSU, which is the same position Brian Waters currently holds. But Waters is getting up there in age and apparently fed up with Chiefs management so Johnson would fill a hole on the offensive line. 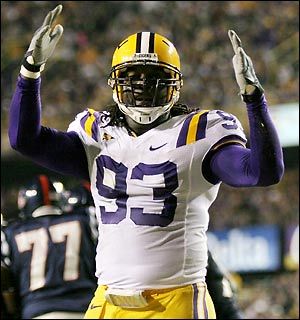 Jackson is seemingly a great fit as a 3-4 defensive end. He's also projected to go in the mid-to-late first round so the Chiefs probably wouldn't have a shot at him barring any trades.

With a switch to the 3-4 forthcoming, I can't see the Chiefs spending another first round pick on a defensive end (assuming Dorsey slides over in a 3-4).  There isn't a huge priority on the end position in a 3-4 (at least not as much as DT and LBs). 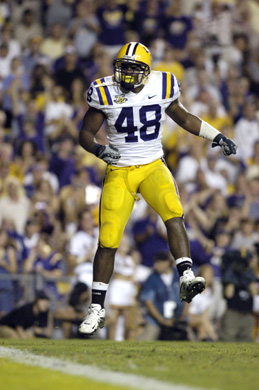 Beckwith appears to be an intriguing prospect having played in the middle and in the outside at LSU but an injury history scares me quite a bit.  Knee injuries will scare plenty of teams away possibly causing him to drop. 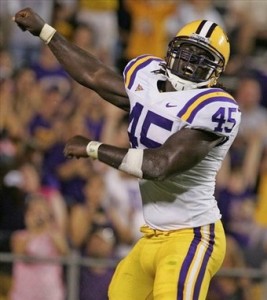 Gotta love this line from his NFL Combine page:

But frankly, he just likes to hit people whether lined up on offense, defense or special teams units.

I like our current fullback in Mike Cox but Scott Pioli apparently had some interest in Patriot fullback Heath Evans but decided not to pursue out of courtesy to Bill Belichick. I'm not sure if we can take that as an indication that he's looking to upgrade or not.

Not many fullbacks are actually drafted. In fact, you can usually find the top fullback in the 6th or 7th round. In the event that he's not drafted, if the Chiefs are interested it would be a smart move to make that known to Johnson now so he gives the Chiefs a look.

Both Herman Johnson and Tyson Jackson should be very intriguing to the Chiefs. Johnson is huge and was part of one of the most successful offensives lines in college football last year. Jackson appears to be in a similar mold as Richard Seymour (two inches smaller and 14 pounds lighter) and would fit as a 3-4 defensive end, an area of need for the Chiefs at this point.

What do you think about the LSU players entering the NFL?