I saw potential in Thigpen at times lst year. However, I am still not completely sold on his ability as a solid option at QB. He seemed very tentative in the second half of games and I am certainly concerned with the deep ball. Several seemed to sail on him. That being said, I know the long ball can be coached because I do think he has the arm to get it done. But ask Brodie, it takes more than an arm to make it. What I do like about Thigpen, as I am sure you all do, is his mobility/escapability. That trait is impressive. I just wonder now that Haley is our guy, one : is Gailey safe? Two: will the Arrowspread return simply to suit Thiggy's abilities?? Personally, I would like to see us perhaps pick up a decent FA if available, maybe draft a QB in rounds 5-7 and let Thiggy fight for it regardless of the offense we run. Either way, i don't think Haley just hands the keys over to his new car before test driving a few QB's. As far as him being tentative in the second half.....not sure if that was him or the environment that Herm and Gailey created. Either way...........bring in Lenny if nothing else works. 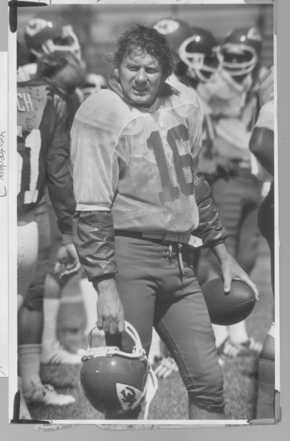