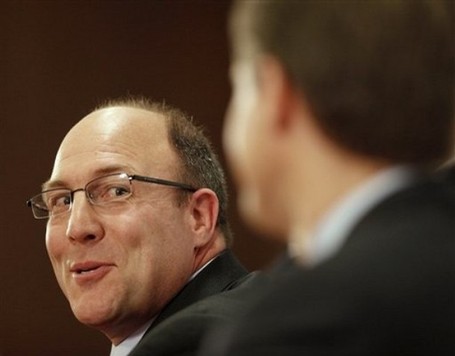 Jokes on you! Welcome back, Herm!

Believe me, I'm as anxious as everyone else to get this coaching search wrapped up.  It seems like this thing is taking longer than usual, doesn't it?  Well that's because it is.

Below is the hiring date of all coaching changes starting in 2006 to yesterday's official hiring of Tom Cable by the Raiders.

Of the 31 coaching hires over the last 4 seasons, only 4 have been hired after today's date.

The average hiring date over the last 4 seasons is January 20th.

The Chiefs are really only a week or two behind the average hiring date judging by the last 4 years.  I'm not worried about the head coach search.  GM Scott Pioli wasn't hired until midway through January and fired coach Herm Edwards 10 days later (January 23rd).

These things take time.  Let's be patient.  All signs are indicating that a hire will come soon.  Very soon (Today?  Tomorrow?)

Besides, this thing wouldn't be "methodical" if it didn't take some time.