Notable Off Season Dates for the Chiefs

Share All sharing options for: Notable Off Season Dates for the Chiefs 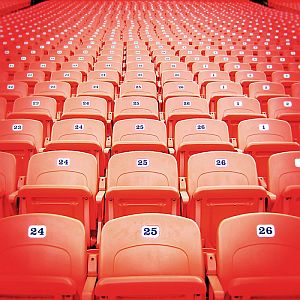 About this time each year, we have people start asking about deadlines for this and that. Here are the notable off season dates in the NFL.

Feb. 15: Deadline for teams to sign CFL players who are under contract

Casey Printers? Jabari Arthur? Nah, the Chiefs won't take too long of a look at any CFL players. If they look at all. There's a reason these guys are not in the NFL. Sippio (cough)....

Feb. 22: Deadline for teams to designate franchise and transition players

Primetime took a look at the franchise tag and what it means for the Chiefs just a few days ago.

I have to admit I'm not a big fan of the combine. I understand why it exists- to measure the measureables of players- but every year some player has a fantastic workout and suddenly they've jumped a round in the draft projections. Guy will run fast 40 yard dashes. Others will lift a ton of weight. It doesn't matter in my opinion.

For the first time in a while, the free agency period should be pretty interesting. With Scott Pioli at the helm, we can't expect the same old strategy. Should be fun.

March 1: Teams must be under salary cap

Well I don't have to tell you that this is the draft is by far the best part of the off season. Last year, we had over 1000 comments on draft day alone. I expect this year will be at least twice that.

We'll bring this up if the case arises. Frankly, I'm not even sure what it means right now. Primetime?

August 8th: Derrick Thomas enshrined in the Hall of Fame

Of course, the most important date we're looking at is in early September, when the 2009 regular NFL season begins. That's a long way off but no worries. We'll keep you entertained here until that very moment and long after.