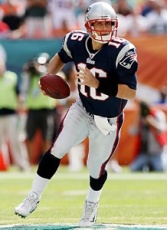 Before the Chiefs traded for Matt Cassel, it was a very real possibility that team could have drafted either Matthew Stafford or Mark Sanchez. Plenty of discussions around here centered around arguments for and against drafting certain QBs. Thankfully, those QB discussions are now moot. The Chiefs will not be gambling on a top QB in a below average draft class. With Cassel now a Chief, we can cross two more top ten prospects off the Chiefs' short list of players to draft at #3.

In light of the Cassel trade, here are the only nine players that are worthy of a #3 overall pick by the Kansas City Chiefs and the only players that should be truly considered in our discussions:

This list has nothing to do with if I think the Chiefs would actually draft those players or if I think they will be available when the Chiefs pick at #3. It's simply listing the pool of potential draftees that should be the only players discussed as possible #3 picks, in terms of value only. I understand the arguments of say choosing Monroe over Jason Smith or Andre Smith for example but that's not the point of this list.

Jenkins and Orakpo are the long shots in that group but I felt that it would be tough to have this discussion without including them.

So, if the Chiefs decide to keep the #3 pick, we'll be looking at picking up one of those players.

Of course, what we all really want to have happen is for the Chiefs to trade that high pick and drop down in the first round while simultaneously picking up more draft picks. That would be ideal.

To clarify draft discussion in the future and in light of the Matt Cassel trade, the Chiefs options in the first round of the draft are now draft one of those nine players above or trade away the pick. Those players and trading down are the only two possibilites we're looking at right now, since the team has it's franchise quarterback.

If the Chiefs have no trade suitors, my head tells me that the Chiefs will draft OT Eugene Monroe but my guilty pleasure impulse says draft WR Michael Crabtree. I'll have more on my growing desire for Crabtree over the next couple of weeks.

For now, do you agree that the nine players above are the only options for the Chiefs at the #3 spot? If not, let us know who else you think is worthy of a #3 pick.