Share All sharing options for: Chiefs' Brian Waters Asks to be Moved; Offended by Haley's "Arrogance" 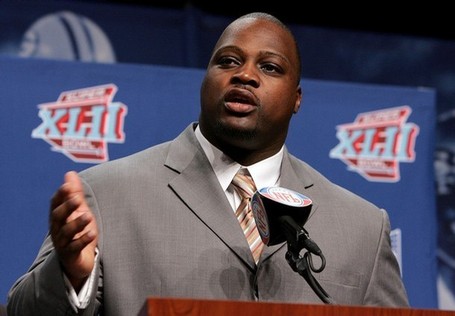 Kansas City Chiefs all pro guard Brian Waters has asked the team to release or trade him according to the Kansas City Star.

The Star's sources also say that the rumor that veteran players don't get along with Todd Haley is true.

After the snub by Pioli, Waters asked Haley to be released or traded.

The source said when Waters informed Haley of his desire to relocate, Kansas City’s coach scolded Waters and indicated that the Chiefs would not release Waters from his contract.

Waters told Haley that the differences between them were "irreconcilible".

Pioli and Haley are getting off to a rough start with their tenure in Kansas City.  Disgruntled running back Larry Johnson has already gone wacko and asked for his release.  But he's done it in such a way that any trade value he had is quickly diminishing.

When Waters flew to Kansas City to meet with Haley, the new head coach reportedly told him "22 players off the street could win two games." On the one hand, I'm glad that Haley understands the ineptitude of the 2008 Chiefs.  On the other hand, is this the proper approach when it comes to retaining one of the team's best players on an underachieving offensive line?

The news that Brian Waters wants out is shocking. He's been the consummate pro who has always supported the team and been considered one of the biggest positives in the Kansas City locker room.