Share All sharing options for: Chiefs Release Huard, Edwards and Merritt, Too 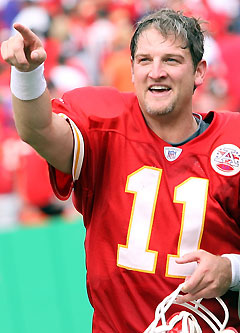 Just a little bit we ago we learned that the Chiefs released veteran Patrick Surtain. We thought veteran Donnie Edwards might be close behind him.

Turns out it wasn't just Edwards that was cut.

None of these moves are much of a surprise for those who have been following the Chiefs offseason.

Over $10 million in cap space freed up today. Not bad at all, Mr. Pioli.