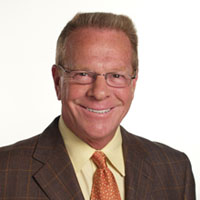 Yesterday, sports reporter Jack Harry of NBC Action News delivered a segment on the nightly news devoted to an email he received from someone. Harry claims to have received a "three-page letter" from a fan alleging Todd Haley flipped him off after he yelled "You deserve to be fired!" after Sunday's game.

The story first popped up on ChiefsPlanet.com under the name gblowfish, and it appears Harry picked up on that, emailed the person and asked for their story.  He says, "I sought out this fan," which basically means he was reading ChiefsPlanet.com for some material.

Harry reported this story last night and ended it with, "And Todd Haley is a wuss!"

Harry did not show up to Haley's press conference today instead sending another NBC reporter to, as the guys at 610 Sports put it, "do his dirty work."

Nick Wright of 610 Sports said this afternoon that the NBC reporter told him before the press conference he was there to ask Haley about the report.

The reporter asked Haley about it, which the coach quickly denied citing the need to be above that, especially with kids at home. He said he's always been appreciative of the fans and that he routinely signs autographs and gives high fives to the fans in the tunnel heading into the locker room.

He said it's not something he would do, has done, or wants to do.

An Arrowhead Pride commenter (tomahawk44) corroborated Haley's story that he did not flip the bird. He was sitting in the same section by the tunnel that leads to the locker room.

Then Nick Wright asked Haley (paraphrased): 'What do you think about a reporter who never shows up here calling you a wuss?'

Haley took it in stride. He never blew up or said anything inappropriate, which I think was the intent of Harry's report to begin with.

Harry didn't fact check just claiming a "three-page letter" and "two emails" as his sources, who of course wanted to remain anonymous.  With those sources, he accused the head coach of a NFL team of something that could potentially result in a fine, suspension or termination. On top of all that, he didn't even show up to ask the question himself.

Harry's allowed to do the rants he's become known for. But when you start throwing out accusations like that, it's murky waters.