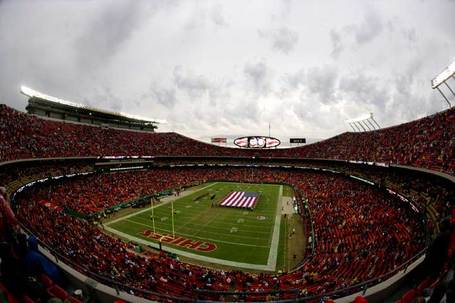 As of 5 p.m. Wednesday, a petition aimed at stopping Johnson from breaking Holmes’ record had collected more than 5,300 "signatures," or users who submitted their names in favor of preventing Johnson from becoming the most prolific rusher in Chiefs history.

Two of the three men who started the petition told The Star on Wednesday that it started as a discussion among friends — before it became clear the three Olathe natives and longtime Chiefs fans weren’t alone.

"The fans are speaking in loud numbers. It doesn’t grow like this without fans really caring," said Dan Cataldi, who lives in Des Moines and posted the petition last Thursday.

Branden Albert celebrated his 25th birthday on Wednesday with a nice two-hour practice at the Chiefs facility with his teammates.

But there really wasn’t time to have any type of party. There was game preparation to handle, a game where Albert will finally get back on the field.

"Best present I could have is to get a chance to play again," Albert said after the team’s Wednesday practice. "That’s what I’ve been working on for three weeks."

"We’re trying to get him ready," Haley said after Wednesday’s practice. "He took some (snaps) today and made a couple of plays."

Chambers is the fifth wide receiver to join the Chiefs since the start of training camp. Wade, second among the Chiefs with 20 catches and two touchdowns, has helped.

Toomer and Lelie, who were cut before the start of the season, didn’t. It’s too early to tell about Lance Long, who has played in only one game since being promoted from the practice squad.

Their continuing efforts to upgrade at wide receiver speak to the Chiefs’ offseason inadequacy of stocking the position.

Chiefs believe Chambers can help them from KC Star

Roster overview: At one point, the Jaguars relied heavily on free agency, but this current team is home grown, with 30 of the 53 players being Jacksonville draft choices. Of that 30, there are 22 from the first, second and third rounds. Among the team’s 24 starters (offensive, defense, kickers), 21 are Jags draft picks, including five first rounders: LT Eugene Monroe, TE Marcedes Lewis, DT John Henderson, DE Derrick Harvey and FS Reggie Nelson. Jacksonville has only two UFAs on the roster, both in backup roles: OT Tra Thomas and S Sean Considine. Veteran Rams WR Torry Holt signed on before this season after he was released by St. Louis.

Inside linebacker Derrick Johnson, who has undergone an inconsistent season in which he has lost his starting job and has yet to earn it back, at least has won back some good favor with Haley.

But favor isn’t yet enough to unseat Demorrio Williams, who Haley said was a bright spot for the 1-6 Chiefs.

"Demorrio Williams is not a reason why we’re where we’re at," Haley said. "He’s played as good of football as anybody on this team. I have no problem with how Derrick is preparing, practicing and playing. I have no problem at all with Derrick and what he’s doing. He’s continuing to get himself ready, so when an opportunity — a bigger opportunity presents itself, he’s ready for that."

Lance Long is one of several new wide receivers for the Kansas City Chiefs. The second-year pro spent five weeks toiling on the Chiefs’ practice squad before being activated for the Chiefs game Oct. 25 against the San Diego Chargers. He played in one game for Arizona in 2009 after spending the entire 2008 campaign on the Cardinals’ practice squad. He had two catches for 12 yards in his first game, a loss to San Diego.

1. So how did it feel out there against San Diego trying to help the team win? It felt good, man. It felt real good just coming out here trying to make plays for the team and doing whatever it takes to help the team out. I’m just thankful and I look forward to (the next game).

Former Pro Bowl receiver Chris Chambers went from one AFC West Division team to another this week in part because of an ongoing off-the-field situation involving his ex-girlfriend and his wife.

The issue dates back at least seven months and includes an extramarital affair, a pending divorce, Chambers' request for a restraining order against his ex-girlfriend and several lurid text messages from the woman to his wife, court records show.

Ultimately, Chambers — who admitted the Chargers had told him they had concerns about his personal situation — was released Monday, during a season in which his production was significantly down. He was claimed by the Kansas City Chiefs on Tuesday.

Chambers, 31, said Monday that "I guess it created a distraction upstairs. ... They know a little too much of my life, and they used it against me."

South Park’s latest episode could have been written by Chiefs suspended running back Larry Johnson instead of the show’s normal writing team. "The F Word" pokes fun at the use of fag and faggot as common put downs and derogatory terms for homosexuals. The overall theme being that the words have had many meanings over time and don’t necessarily mean homosexual when used now. Harley riders also took a shot from the show as seen in the South Park’s new definition for fag: "An extremely annoying, inconsiderate person most commonly associated with Harley riders or a person who owns or frequently rides a Harley."

Trey Parker and Matt Stone are known for mixing sports into South Park episodes. The two best examples are the time they ripped Jay Cutler and when they destroyed Bill Belichick. In "The F Word" the duo relive a quarterback vs. talk show host moment.

80bobbywade Check out my latest blog on giving back to the community: http://bobbywade80.com/blog...

Adam_Schefter OK, now that baseball season is behind us, we can put all the focus back where it belongs - on football. Three days till Sunday.

claypatterson: Yeah, like the Chiefs really need a petition to prevent them from getting rushing yards http://bit.ly/rgEnL

tstout1: So Yankees win. Isn't that like saying "the Chiefs lost?" #notnews