Expect Weis to Chiefs Rumors to Continue to Surface

Share All sharing options for: Expect Weis to Chiefs Rumors to Continue to Surface 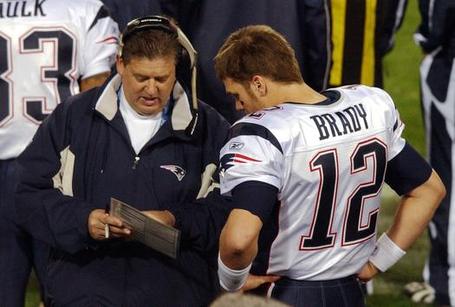 As the rumors began to rise to a steam that Charlie Weis is out as the Notre Dame head coach, expect the rumors to rise in regards to his connections with the Kansas City Chiefs.

Adam Schefter of ESPN reports, "[Weis] has begun telling people that he's heard from NFL teams. There have been NFL teams that have reached out to Charlie Weis and contacted him."

Are the Chiefs one of them?  I claim no inside information but on the surface it seems to make sense especially when you consider Todd Haley thinks he is to caught up in things like the offensive play selection instead of overall game management.

Translation: He wants an offensive coordinator next season.

During the broadcast of the Chiefs and Raiders game two weeks ago, CBS announcers Gus Johnson and Steve Tasker said that they had met with Haley the day prior for a production meeting.  Tasker then said of Haley's position as the playcaller, "It's something he wishes he wouldn't have to do and probably won't next year as this team develops around him."

I'd say that's a pretty clear indication that Haley intends to hire an offensive coordinator.

Now that there are rumors of Weis being shuffled out of South Bend, expect many folks to be talking about Kansas City as a landing spot.

We'll keep our ears open but as of now there has been no indication from anyone involved with the organization, on or off the record, that the Chiefs are interested Weis.  That could change once Weis is given his walking papers.

Update; As pointed out by Mike Florio of PFT, the Chiefs are definitely on the early list of candidates to land Weis.

"The most obvious candidates are the Chiefs and the Patriots.  Browns coach Eric Mangini might also be interested in hiring Weis to run the Cleveland offense, in the hopes of getting the most out of former Weis pupil Brady Quinn and, more importantly, securing for Mangini another year at the helm of the hapless Browns."