GM Pioli Says Chiefs Spending is About Average in the NFL

Share All sharing options for: GM Pioli Says Chiefs Spending is About Average in the NFL 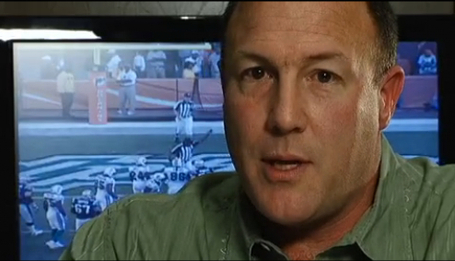 Kansas City Chiefs GM Scott Pioli conducted a sitdown interview with Josh Looney of KCChiefs.com.  It's nice work by Looney as Pioli has some interesting things to say.

Here's a link to the full video (tab down to the "Ask the GM" segment).

One nugget of information regarding the Chiefs spending habits is interesting from our perspective.  A fan question asked about some reports out there that say the Chiefs are near the bottom of the league in salary cap spending.

"I think the impoirtant part is the numbers according to the media," Pioli began.  "Sometimes, there's perception and there's reality."

There were reports in the offseason that the Chiefs were "allegedly $30 million under the cap" Pioli says and some recently that say $20 million.

I've heard a little differently.  Last I heard, the Chiefs had gotten over the minimum (about 86% of the cap) with the Chris Chambers signing.  Pioli suggests that some accounting methods don't show all the money that's going to be hitting the cap in the future and the media doesn't necessarily get that part of the process.

"At this point in time," he continues, "at the beginning of this week, we're right in the middle of the league.  We're somewhere between 14th, 15th and 16th in the amount of cap space we have."

Pioli related the organization's philosophy to an old saying: Just because you have a lot of money in you pocket, doesn't mean you have to let it burn a hole in your pocket.

"There aren't going to be times when this organization goes out and spends money on marquee names because they aren't necessarily marquee players.  What we're looking for is good football players."

"Our obligation in the organization is to bring in good football players to win games."

"Will Shields from a national perspective, even though he went to 12 straight Pro Bowls, wasn't a marquee name. He was here locally. He's one of the best guards to play in the NFL. Here's a guy who didn't have a marquee name outside of Kansas City necessarily and he was a great player."

Pioli said that the organization feels comfortable with the way they handled free agency earlier this season.  The free agency process, Pioli says, lasts all season and they will continue to bring in good football players.