Former Chief: 'Qualcomm is the armpit of the NFL'

Share All sharing options for: Former Chief: 'Qualcomm is the armpit of the NFL' 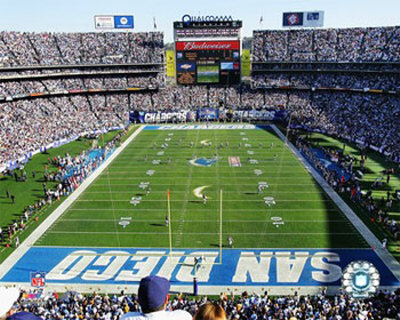 Yesterday, he joined 610 Sports and had an interesting nugget on the stadium the Chiefs will play in this weekend.

"By the way," Hicks told Roger Twibell, "Qualcomm is the armpit of the NFL I have to say. I think it's even worse than Oakland. It's not very nice in there."

Wow!  Worse than Oakland?  That must be horrible.  Surely the fans aren't in Halloween costumes like the Raiders fans.

"The fans are alright," he said. "The stadium is just horrible. It's in a nice, beautiful area with mountains all around."

San Diego has been pushing for a new stadium for some time.  In fact, it appears they won't sellout Sunday's game against the Chiefs.  Now I can see why.

"It's just a rough place. I do have to say it's worse than Oakland I think."

The Chiefs will play in Qualcomm Stadium on Sunday afternoon and I've heard similar accounts of the facility but have yet to experience it firsthand.

So, for any Chiefs players that are reading....good luck in the armpit.