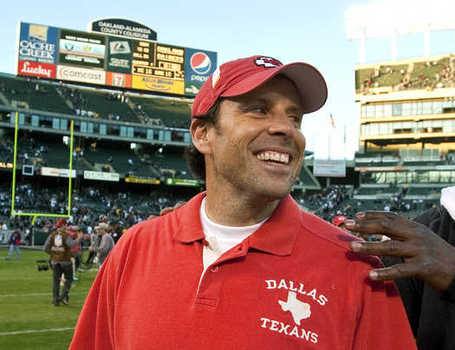 Chiefs coach Todd Haley has mastered the art of praising the opponent, but it’s not hype when he says this week’s foes, the Pittsburgh Steelers, are the model for what type of program he’s trying to build in Kansas City.

“That would never be a bad thing,” Haley said. “This has been a long time in the making for the Pittsburgh Steelers. This is something that was established back in the ’70s, a blueprint they set about in the entire organization.”

Using Pittsburgh as the model goes beyond the fact the Steelers have won two of the last four Super Bowl games, last season’s included.

“Without a doubt, my memories of the Steelers will never be taken away,” said Haley. “It was a phenomenal time to grow up in Pittsburgh and then to actually have a connection to the Steelers through my father and me getting to work for them in a much lower capacity. Those are tremendous, tremendous memories.

“The year they went back to the Super Bowl a few years ago (2005) when they played Seattle, they showed all the old [TV] clips and my wife elbows me and says, ‘are you crying?’ They’re great, great memories and there are still a lot of people there who mean a lot to me.”

Was he crying watching tape of the Immaculate Reception and like moments from Steelers history?

“She knows I’m a pushover,” Haley said with a smile. “I cry at commercials.”

Lance Long can’t afford bad days or sick days. Can’t deliver a lazy practice or run a sloppy route. Long has to be almost perfect. Otherwise, someone might notice that he doesn’t seem to belong as a Chiefs wide receiver.

“I’ve been through a few obstacles in my life in the football sense,” Long said this week. “You’ve just got to keep playing and keep going.”

Long has his big chance with the Chiefs from KC Star