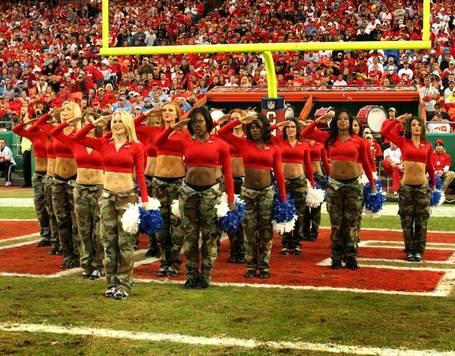 Veterans Day! Thanks to all those who have, or are currently serving. To all you poor bastards in harm's way, stay safe.

Also, you might have heard, Larry Johnson cleared waivers.

Of course, it’s not the fault of Shields. His decision to retire was a smart one at that time, and he’s no villain. But Johnson’s problems were more than just Shields’ decision to retire. After the 2005 season, LT Willie Roaf retired. After the 2007 season, C Casey Wiegmann was not re-signed and he ended up with Denver. The Chiefs offensive line has been in a state of flux for the last three years and there’s no question that’s been a problem for Johnson. There have been two centers, three right guards, three right tackles, two left tackles and one left guard in Brian Waters.

The unsettled offensive line has been a problem for anybody trying to run the ball for the Chiefs. In the 2004 through 2006 seasons – where four of the five positions never changed – the Chiefs finished an average of sixth in the NFL in rushing offense, with per game production of 142 yards. For the 2007 through 2009 seasons, the Chiefs average spot is 24th, with per-game production of 95.7 yards.

With a pass rush that still can’t get to the quarterback and an offensive line that still can’t protect one, the Chiefs will enter the 2010 offseason needing to fix the same problems they suffered from in 2008. This frustrating lack of progress isn’t likely to sit well with a fanbase that’s suffering through another dismal season.

It’s even harder to rally the fans when - looking at the big picture - it’s hard to identify any real, tangible accomplishments the team has made. The new staff installed their preferred schemes on offense and defense this year and inserted Matt Cassel into the lineup at quarterback.

But by themselves, do those things get anyone pumped up for the future?

Fans know about the switch to a 3-4, but no one can say if that move will eventually result in a good defense. The same holds true on the other side of the ball. As for Cassel, the jury is out on him until he can drop back without defenders in his face.

In a season that was supposed to represent a fresh start and a step forward, it feels like the Chiefs are on a treadmill to nowhere. The same problems exist, there are still no obvious fixes in the pipeline, and – once again – we’re stuck waiting for the offseason in the hopes that the team will make smarter and more frequent talent additions than they did the year before.

He’s done movies. He’s hobnobbed with Oprah. He was even part of a reality series.

And former Chiefs tight end Tony Gonzalez took another step into the pantheon of superstar athletes: he has posed nude. He and his wife October both posed nude for a ad that will be running for the People For The Ethical Treatment of Animals (PETA).

"At the time where we needed to stay together and a time where we needed to not have anybody say anything about anybody," he said, "I kind of lost that perspective on it. I kind of got dragged into a conversation where we were talking more about coaches and talking about credibility and things of that nature. One guy says one thing, another guy says one thing, and you completely lose yourself. You make a mistake, and you say the wrong thing.

"One little thing I say, and it’s going to be blown up to you guys and the perception of me grows as far as I’m the worst person who’s ever put on cleats."

It wasn’t the first time Louisburg football coach Gary Griffin had received the honor, but that doesn’t make it any less special for him.
Thanks to the Wildcats’ 14-0 victory over Paola on Oct. 29 that earned them the district title, the Kansas City Chiefs decided to give the Louisburg coach a little something extra to add to his trophy case. The Chiefs named Griffin as the Kansas High School Coach of the Week, but he knows the award goes beyond just one person.

"Really, this award should be called Team of the Week," Griffin said. "It is really about how the team performs on how they decide who gets the honor, and our guys work really hard. Our assistant coaches work just as hard I as do and deserve the credit as well.

Chiefs honor Griffin as Coach of the Week  from Louisberg Herald

BFlowers24 jus laying here tryna get over this cold i had since sat. night.....n e body got any solutions...about how to get ova a runny nose?

Adam_Schefter No apparent takers on LJ yet - not a good sign for him.

SI_PeterKing ...This is what it comes down to: I actually am defending Lechler over Colquitt, tho Shane's 7.5 gross yards and 4 net yards better. Lunacy.

kb_kcstar The Texans reportedly will pass on LJ. My money is on New England, but I'm also not sure teams are jumping over themselves to sign him. 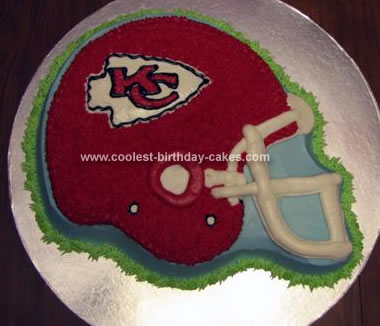