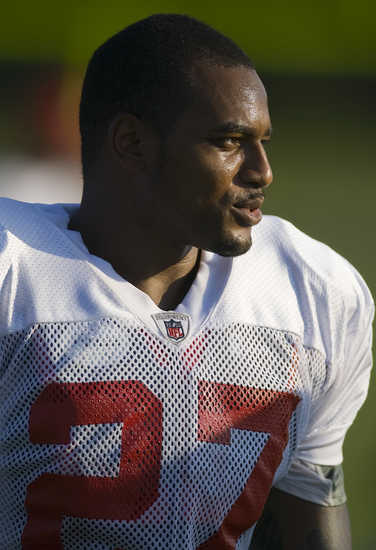 We know that Larry Johnson and his agent, Peter Schaffer, filed an appeal on Friday to the two-week suspension the Kansas City Chiefs levied against him for conduct detrimental to the team.  It was assumed, and actually reported by Steve Wyche of NFL.com citing sources, that LJ was very interested in getting all or part of the $630,000 in base salary he was set to miss with the suspension.

According to LJ's agent, the player initially did not want to file an appeal.

"He kept saying, `You go to a grievance hearing, they can get adversarial and I don't want to be that way,'" Schaffer told the Associated Press last night. "He said, `I plan on being a Chief the next Monday, so why would I want to fight with somebody when the next day I will be fighting for them?'

Schaffer called that a "mature stance" by LJ. Of course, that comes after LJ and his agent negotiated that number down to about $330,000.

One thing this latest episode with LJ has taught us is how to spot an agent propping up his client, however desperate that may appear.

Sorry.  Not this time.