Share All sharing options for: Enemy Territory: Chiefs vs. Cowboys 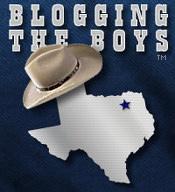 I had a chance to catch up with Dave Halprin from Blogging the Boys to discuss this weekend's game between the Kansas City Chiefs and Dallas Cowboys.

Below is my conversation with Dave.

Joel:  Throughout the offseason, we heard a lot about DeMarcus Ware's ability but he's been incognito thus far.  What's going on with him?  Will he be a factor against a weak Chiefs offensive line?

David:  Nobody has really been able to nail down why Ware isn't getting sacks this year, teams always pay attention to him with double-teams, chip blocks etc. so that hasn't changed.  Some opponents have taken to a lot of 3 and 5-step drops to get the ball out quickly. In the last game he didn't get the sacks, but he forced the QB to move into sacks, so he''s helping in that way. Soon, hopefully this week, he's going to bust out.

Joel:  We've been talking that the Chiefs best chance to win will be capitalizing on some Romo mistakes.  Your thoughts on the chances of that happening?

David:  Romo has not been playing well consistently this season, against the Bucs he had a great game, against the Panthers he had an error-free efficient game, we won both those. In the Giants and Broncos games he wasn't good, and the turnovers did hurt us.  So yeah, I think one of the best way to beat the Cowboys is to capitalize on any turnovers Romo creates. My hope is that he settles down and gets back to an efficient game with minimal mistakes.

Joel: What did the Broncos do last week that helped slow down the Cowboys rushing attack?

David:  In the first half, not much. The Cowboys were running at will early on for good yards. In the second half, they did a better job of controlling the interior, which is the better rushing area for Marion Barber or Tashard Choice. With Felix Jones out, running to the outside was a problem, so once they got control in the middle, the Cowboys ground game ground to a halt and Romo couldn't pick up the slack in the passing game.

David:  Not much. Jay Ratliff is simply a beast at NT and we don't like for him to be out of the game. Siavii doesn't really get enough playing time to form any solid opinions.

Joel:  What was your perception of Todd Haley when he was with the Cowboys?

David:  A tough guy, disciplinarian. It was no secret in Dallas that he and Terrell Owens didn't get along. Then again, the list of coaches on that bill is rather long. I liked him when he was here, although Parcells had the gag order on assistants, so it was hard to get to know much about him. He did seem to get the best out of the receivers we had, but beyond that I had no real fix on him as a coach.

David:  No secret, you guys are off to a poor start. What were the fans expectations of the team coming into the season. Did you see 0-4 as a reality?

Joel:  Fans get emotionally involved in the game and forget that our first four games included two teams that were in the conference championship and one that was in the divisional playoffs.  It's a really rough start.  But combine the loss to the Raiders to the way we've lost some of these games and that's where you get the frustration.  It's really starting to boil a little bit because the Chiefs were basically blown out the last two games.  The biggest problem is that so much of this seems like a continuation of last year.

David:  What are the problems or mistakes that are holding this team back? If you could point to an area and say, "if we could just fix that we might get some victories," what would it be?

Joel:  Offensive line.  I'll admit it - this team has a lot of holes.  But the offensive line is holding back the running game and in turn the passing game.  The Chiefs running backs have been pretty weak since the destruction of the line (after '06).  Matt Cassel has also had little time to throw which skews his development as the quarterback, which hurts the receivers....and all of those offensive troubles keep the defense on the field more often.

Two, possibly three, spots on the offensive line are in need of a replacement/upgrade.  Add in the fact that Brian Waters is no spring chicken, and there are some serious problems there.

David:  If the line had a good day on Sunday, what are the weapons in play that the Cowboys would have to watch for? Is Larry Johnson still a serious threat? Does the passing game have any bite in it?

Joel:  It's been so long since Larry Johnson was a consistent threat that I don't think he's even a factor anymore.  His YPC and number of zero to negative runs are making him a non-factor in game plans.

Dwayne Bowe's the one you're going to focus on in the passing game.  He's in his third year and, despite a case of the dropsies, has put up 995 yards and 1,022 yards in his first two years which, if you didn't know, is really good for a young receiver.  Jamaal Charles in the flats warrants consideration as someone to keep an eye out for because of his speed.  If he gets in the open field he can be dangerous but that's a big if.

David:  For a long time, I used to think defense when I thought about Kansas City. Is that idea outdated? What's the story on the defense this year?

Joel: The defense has really struggled for a while now.  The Vermeil years really highlighted that and continued with the Herm Edwards era.  The Chiefs are installing a new defense (3-4) so we give them a little leeway.  However, there is improvement, especially compared to last year.  It's not perfect by any means, and even some key parts are missing, but we see improvement in some areas.  It's my thought that, in the long run, the change in scheme will greatly help this defense.

David: Winless teams are always desperate. Can the Chiefs get the victory?

Joel:  As I wrote yesterday, I think it all comes down to Tony Romo.  The Chiefs need the Cowboys to make mistakes and I think if that happens it'll come from Romo.  Problem for the Chiefs is that they've had things go their way before and still lost the game.  I think it'll be close either way but ultimately the Cowboys should pull away and win by one score.