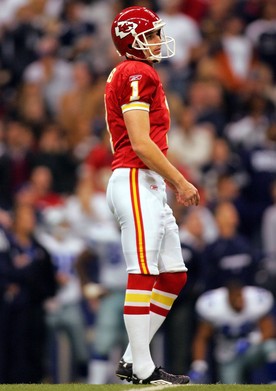 I think a lot of you remember.  I try to forget but, unfortunately, I remember.  The last time the Kansas City Chiefs met the Dallas Cowboys was the continuation of a trend.  The Chiefs did two things that were very typical of the 2005 team, and the Dick Vermeil era in general: The offense scored a lot of points and the defense gave up a lot of points.

Remember those days?  Trent Green threw for 340 yards and a score while Larry Johnson added 143 yards and another three scores.  But that defense....

To help jog your memory, here are a few highlights:

Ugh.  Painful memories.  Here's the box score if you can stomach it.