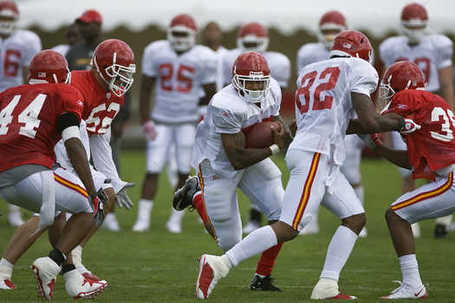 The Kansas City Chiefs have settled with Larry Johnson on a non-injury grievance he filed with the team in response to a team issued two-week-without-pay suspension earlier this week.

Chris Mortensen of ESPN has the result:

I think this is the result of neither side, particularly the team, wanting to have this distraction continue.  However, LJ is still on the team so I believe it will continue to be a distraction regardless of the other stuff.

It had been previously reported that the league and the union were getting involved in the talks.  If a settlement agreement hadn't been reached, a grievance hearing would have been held next week by an independent arbitrator.

We'll continue to update this as any more information comes in.