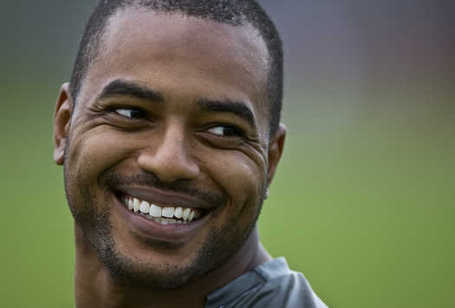 With a weekend off coming up, there’s no opponent to prepare for, no game plan to implement. The Chiefs can study and prepare for their most serious foe of this season – themselves.

One of the lessons Haley learned, if he didn’t already know, was that just because a team practices well on Friday, doesn’t mean it’s going to play well on Sunday.

Especially in the case of the fragile ‘09 Chiefs, a group that simply can’t be called a team seven games into the season.

The Star asked Chiefs officials to speak with Johnson after he said the slur, but he was not made available. Johnson’s agent, Peter Schaffer, told The Star that his client would issue an apology.

This article has been in the Fanshots twice, but it is good enough that I wanted to make sure it made the front page, too.

And I can't help but feel sad for him. I like him in a strange way ... maybe because I have seen a little bit of that side he doesn't like showing people. Also I loved watching him play football...

...People have asked me why he would just go off on Twitter like he did, but I think I understand. Anger helped make Larry Johnson into a breathtakingly good NFL running back. Anger helped make him famous and successful and rich. Anger helped him fulfill the dreams he had been having since he was a child.

The trouble is, at some point, all those other things faded away. He's not a breathtakingly good running back now. He's not especially famous, not particularly successful, and being rich -- assuming he has been smart with his money -- isn't enough. This is the the sad thing about Larry Johnson. All he's left with is the anger.

Anger Helped Bring Johnson Fame, and it Will Help Bring Him Down from Sports Illustrated

Within hours of the Chiefs turning in a Three Stoogeslike performance that called into question Haley’s competency to lead an NFL team and Pioli’s sanity as it relates to Matt Cassel, Larry Johnson created a distraction that took the spotlight off KC’s rookie coach and GM.

Hell, I’d give Johnson a bonus, a laptop to carry to practice and the green light to tweet 24/7.

Short of Michael Jackson returning from the grave and announcing he’d sing the national anthem at the Chiefs’ next home game, LJ’s tweet smack talk and locker-room F-bomb are the best thing that could happen to Pioli and Haley this week.

Look, I’m not condoning LJ’s actions. But a football player mumbling the F-word inside a locker room is about as surprising as a Klansman shouting the N-word at a cross burning, me passing gas at fat camp or an ESPN personality sexting with an intern.

Boy, the room was pretty crowded Monday afternoon for Todd Haley’s weekly meeting with the media.

Lots of mini-cams, lots of sports talk types, lots of scribblers. We don’t normally see this kind of crowd for a 1-6 football team.

But then these Chiefs like to do things differently. Larry Johnson’s Twitter blast at Haley’s credentials to be a head coach was on everybody’s mind. So too, apparently were homophobic comments and tweets that have now been removed from Johnson’s Twitter.com account.

Haley had little to say about the situation, commenting only that the organization was looking into the situation. As much as the media tried, Johnson would not budge from his stance. The head coach handled himself very well in this situation, maybe better than he did in the first quarter of Sunday’s game when he called for a fourth-and-one play at his own 41-yard line.

Put Larry Johnson and Jamaal Charles into a room, hand them a standardized test and put them on the clock and there’s no doubt who would answer the most questions in the shortest amount of time and achieve the highest score.

That would be Johnson.

But on Monday, Charles showed he’s a lot smarter and brighter than his teammate. During the Chiefs open locker room period the second-year running back was asked about the Twitter comments of his teammate that sound like blasts of head coach Todd Haley and his lack of a background in playing football.

Charles doesn’t always do the right thing on the football field – see the blocked punt by San Diego on Sunday – but on this day in the locker room, he handled things a lot smarter than Johnson did Sunday night.

“I’m staying away from that,” said Charles. “I’m just going out there and playing, I’m not getting caught up in that.”

Good response. I would have been disappointed too, especially since his team had appeared to make giant strides the past two Sundays. But that came to an end following a 37-7 loss to the Chargers.

...The word I was waiting to hear was embarrassed, because that’s what I kept feeling as I watched a team take a dramatic step backward heading into the bye week.

Chiefs Coach Sould Add 'Embarrassed' to His Reaction from Examiner.com

After taking a league leading 47 sacks last year with the Patriots, he got traded to the Chiefs, who hoped he was the second coming of Tom Brady. Turns out, he might just be the second coming David Carr. Things haven’t worked out for Cassel who took sacks on 8.3 percent of his drop backs last year with New England, and has become a punching bag in Kansas City.
Shaun Phillips and the Chargers took him down four more times on Sunday, meaning that he has now been sacked 23 times in six games and has been sacked on 11 percent of all drop backs this year. Projected over the course of a season, Cassel will be read his last rites sometime around week 14.
Week 7: Monday Hangover from Open Sports

2. Matt Cassel(notes), Quarterback, Kansas City Chiefs. Cassel was really bad against the Chargers, but honestly, the bigger question here is how Cassell has managed to not have more games like that. The Kansas City offensive line is brutal. Even after yesterday's performance (10-of-25, 97 yards, one touchdown, three interceptions) against a thus-far weak San Diego defense, Cassel still has an 8-to-5 touchdown to interception ratio on the year. That's actually kind of incredible.

But I really do feel like there is a lesson to be learned here.
I just mentioned the 'Mashable' thing referencing me by name multiple times. In the article, they say that "Clearly, both parties were out of line."
After the article was brought to my attention, I had the immediate urge to tweet a link to the story and call them out. How egregious of them! How was I out of line? He's the public figure. I'm the private one. I tweeted things that had some sort of substance and basis of fact. He spurted out socioeconomic and homophobic slurs at me based on my picture. Right?
The fact of the matter, though, is that the lines between 'public' and 'private' figures is blurring. Sure, millions of people know the name Larry Johnson. And certainly, the number of people that know Jared Launius could be counted on a relatively small abacus.
But that doesn't mean that the billions of people with Internet access worldwide can't see my tweets.
That doesn't mean that someone with an iPhone in China couldn't come to this website and read this post.
From KorkedBats (blog of one of the fans LJ 'interacted' with)

There are about a thousand more articles on LJ and his tweets. I am not including all of them because it is the same information that is already in this post, or has been highlighted previously on this site.

Player Tweets: Surprisingly, there are none!

ChristianOkoye Someone tell LJ to stop complaining, and be leader not a destroyer.

ChristianOkoye Everytime Chiefs seem ready to break the losing streak, there is always a setback.

chuckypinkcmo: LMAO @ Larry Johnson for his tweet last night! He wants to get cut! hahaha I don't blame him at all cuz the Chiefs are piss poor!

Justin3169: @ToonIcon y is everyone hatin on you mabey if you got the ball more and ur line didnt suck chiefs would be somewhere. im a chiefs fan....

WayTooSlim: Hey @toonicon with u using homophobic slurs on Twitter at least the Chiefs will sell out Arrowhead next week! Get ready to see rainbows!