Herm Picks the Chiefs Over the Chargers

Share All sharing options for: Herm Picks the Chiefs Over the Chargers 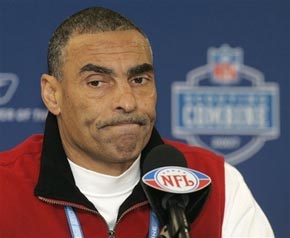 Appearing on a segment with Trey Wingo and Mark Schlereth, Herm laid out some of San Diego's struggles and then had this exchange on the set:

Herm: They're struggling at times.  They're going into Kansas City, and by the way last year the Chiefs lost to these guys by one point, I say, you like barbecue?

Herm: Guess where they're going?

Schlereth: They're going to Kansas City.

Wingo: They're going to get barbecued?

Of course Herm was the head coach last year when the Chiefs lost to the Chargers twice by a combined two points.  One of those was on a failed two-point conversion at the end of the game.