Former NFL Corner Otis Smith to the Chiefs as an Advisor

Share All sharing options for: Former NFL Corner Otis Smith to the Chiefs as an Advisor 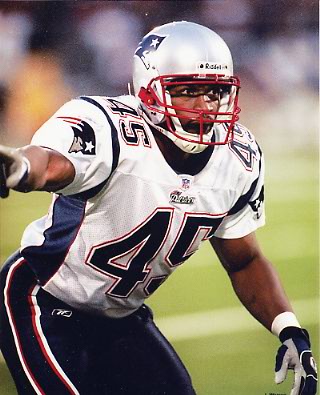 The Kansas City Chiefs have a new set of eyes on the practice field.  Per head coach Todd Haley, former NFL cornerback Otis Smith will be with the team for several weeks in some sort of advisor role.

"We have a player, Otis Smith, who has been on teams that I’ve been on," Haley said this afternoon. "Excellent DB and we have him for the next couple of weeks to kind of help with some technique things with these younger corners."

As you can tell, there are Haley/Pioli/Parcells connections abound in that resume.  And it doesn't hurt to say that you've added a coach who has intercepted a pass in a Super Bowl, either.

Haley talked about Brandon Carr and Brandon Flowers today, commending both of them for some good work but also pointed out that they both have a lot to work on as well.  It's unclear exactly what Smith's involvement will be with the corners but, per Haley, it's about emphasizing technique.

"Say, Brandon Carr’s play on the sideline," he said. "He did what he was supposed to do and covered the receiver and the receiver went up and basically won with the ball in the air. I thought Brandon was coming down with it.

"That kind of stuff happens. But when we call a defense and a particular technique is supposed to be played and then we don’t use that technique that’s when you have breakdowns.

According to Haley, bringing Smith on board for a few weeks is just another step in what he believes is a way to get better.

"Like I said," Haley told reporters, "we’ll do anything and everything to try to get better."