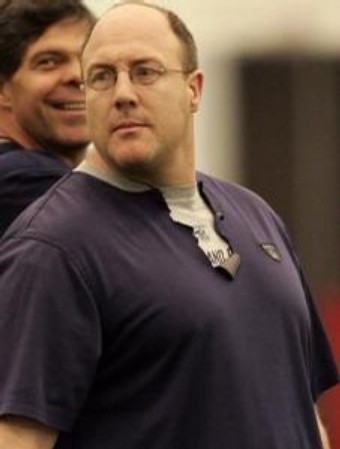 610 Sports is reporting that the Kansas City Chiefs have offered Scott Pioli the job of general manager.  Sources to 610 Sports say the two sticking points include money and control over football operations, specifically the coaching staff.

It's unclear how far off the two parties are at this point.  We don't know Clark Hunt's offer and we don't know Pioli's demands.  But, if turning this team around is as important to Hunt as he's indicated, and if Pioli is the GM everyone hopes/expects him to be, then this shouldn't be a deal breaker.

We do know that Pioli was offered a 5 year, $15 million deal by the Seahawks in 2005 despite never interviewing for the job.

According to 610 Sports, Pioli is seeking more control over football operations, specifically more control over the coaching staff.  This likely means that he wants Herm Edwards gone if he decides to accept the job.  Or he wants the power to make that happen if/when he's hired.

I can't imagine Clark Hunt will, after looking at the Chiefs the past two seasons, make this a deal breaker either.  He's previously said he will ultimately make the decision on Edwards but some reports say he isn't likely to saddle a GM with a coach he doesn't want.

Stick around here for the latest updates to the Chiefs GM search.

H/T Eric Allen in the comments.