Getting to Know a GM: Carl Peterson

Share All sharing options for: Getting to Know a GM: Carl Peterson 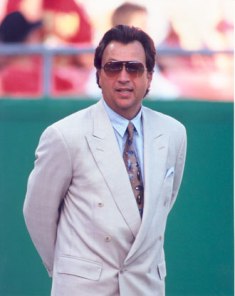 Nearly twenty years ago, Carl Peterson began his collegiate coaching career as an assistant at Cal-State at Sonoma in 1969 until he took the head coach job the following year. He held that post for three seasons before catching onto the UCLA Bruins staff.

Tabbed as the Director of Player Personnel in Philadelphia in 1976, Peterson's Eagles teams reached the playoffs for the first time in 18 years after he had been with the club for just two years. By his 4th season, the Eagles were in the Super Bowl.

Two years later, Peterson accepted a gig as the GM/President of the Philadelphia Stars of the upstart USFL. How did he do once he was the man in charge? Only established his Stars' as top dogs going 7-1 in post-season play while capturing two league titles.

Surrounding himself with Super Bowl caliber coaches and demonstrating an ability to construct championship squads are two of the top reasons the Chiefs should hire Peterson.

Does he fit Lamar Hunt's expectations for a GM?