Share All sharing options for: Grading the 2008 Chiefs' Rookies 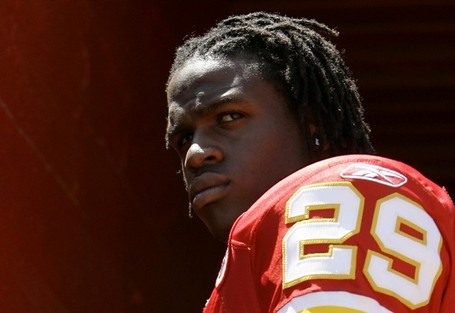 The post-mortem on an ugly body continues with my grades for various Chiefs' rookies. This grade is tempered with preseason expectations and other circumstances that may have affected a player's production this year beyond what the box score indicates.

This grading is far from any exact science, or even a serious intellectual exercise. Still, there is nothing simpler and more direct than slapping a big fat "F" next to a player who has continued to disappoint you all year long (Which I didn't do this year).

Grades are after the jump. Make sure to leave your own in the comments.

Incompletes: Will Franklin, DaJuan Morgan, Brad Cottam and others.

Cut & paste this player list into the comments and give us your own grades.