Open Thread: Could Herm Have Succeeded Under Pioli?

Share All sharing options for: Open Thread: Could Herm Have Succeeded Under Pioli? 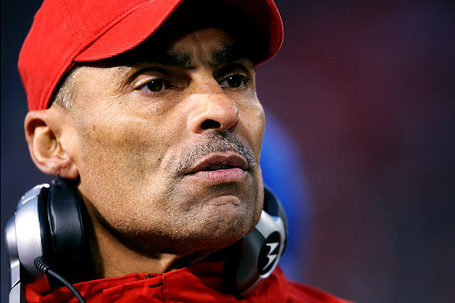 Since we're simply waiting until after the Super Bowl for head coaching news, I wanted to throw out a hypothetical question for a nice, relaxing Friday discussion.

Imagine that we didn't have Herm Edwards as our previous coach and that Pioli brings Edwards in right now as the Kansas City Chiefs new head coach. No 2-14 albatross around his neck...Herm would be able to continue the rebuilding right away...

Does Herm succeed two, three, however many years down the line with Pioli calling many of the shots? Or is Herm so broken as a head coach that nobody can help him?