Who is the Chiefs Rookie of the Year?

Share All sharing options for: Who is the Chiefs Rookie of the Year? 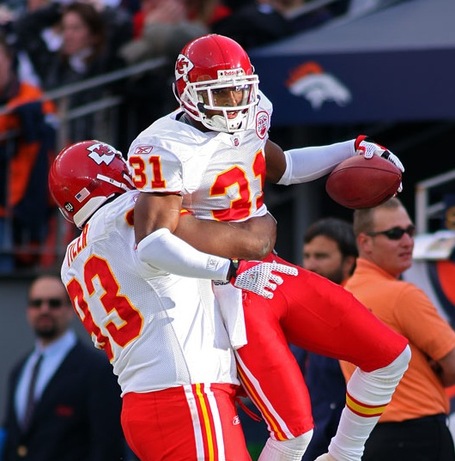 We're only a little bit into the 2009 off season and I'm already finding myself saying, "What in the hell are we going to talk about?"

No worries loyal reader. This is Arrowhead Pride's third off season of blogging coverage. We're practically experts at coming with inane lists and repetitive topics of discussion that help pass the time during those boring office hours. Or in this case, a sleepy afternoon spent watching what little football remains.

In the first installment of our Best of voting, we'll be taking a look at who the most outstanding Kansas City Chiefs rookie was in 2008. This rookie will earn special distinction among the bajillion rookies on our team.

Here we go. Lots of oversized pictures follow the jump. 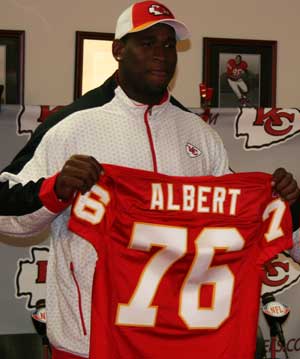 Drafted 15th overall in 2008, Albert overcame a training camp ankle sprain to start all sixteen games for the Chiefs. He committed one penalty (false start) and allowed 4.5 sacks. An outstanding rookie season for the Virginia alum. 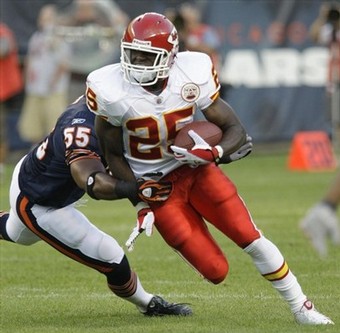 A few nagging injuries put a bit of a damper on Charles' rookie season. The former Longhorn rushed the ball 67 times for 357 yards, which was 10th best in the league for rookie running backs. 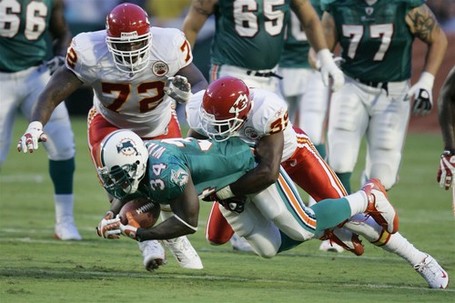 Even though Brandon Flowers gets most of the attention, the other Brandon quietly had himself a fantastic rookie season. Carr had the fifth most tackles by a rookie in 2008 and bested Flowers by four tackles. His two interceptions were two behind the NFL rookie leaders. He also started every game this season. Overall, Carr had a season that should not be overlooked. He played great. 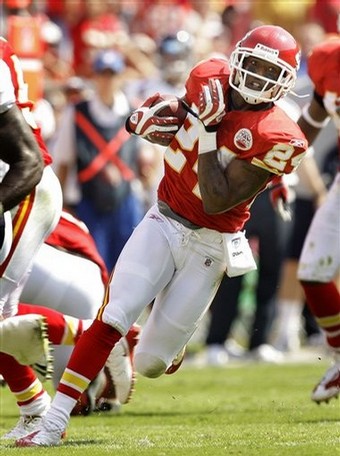 Flowers was a second round pick and he produced like you would expect a second rounder to produce. 69 tackles, 1 forced fumble and two interceptions equals a great season for Flowers. Even though Carr and Flowers had similar statistical seasons, Flowers made more important tackles over the course of the year. In my opinion, it's a slight edge to Brandon Flowers for the 2008 season. 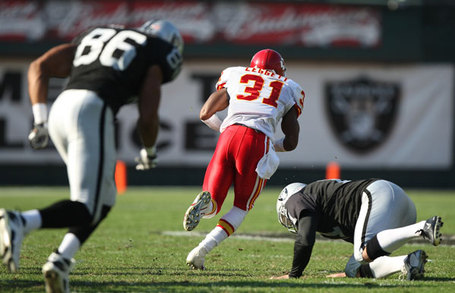 One of the things that got overshadowed by our terrible run defense was that the Chiefs were able to somewhat successfully play three rookie starters at the corner position for the entire season. Legget won the Chiefs' Mack Lee Hill award, which is given to the player "who best exemplifies the spirit of the late Mack Lee Hill." A fumble return for a touchdown and a pick 6 in December kept Leggett's name in the spotlight for a little while. He had a incredible season for an undrafted free agent. 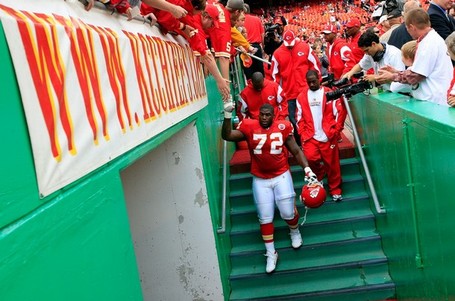 Somehow, without anyone really noticing or caring, Glenn Dorsey led all rookie defensive linemen in tackles this year. I know it's not a big stat per se but it's something we can point to in Dorsey's rookie season to say he played pretty well. Even if we barely noticed him playing at all.

Vote below. Tomorrow we'll vote on the Offensive Rookie of the Year for the Chiefs.