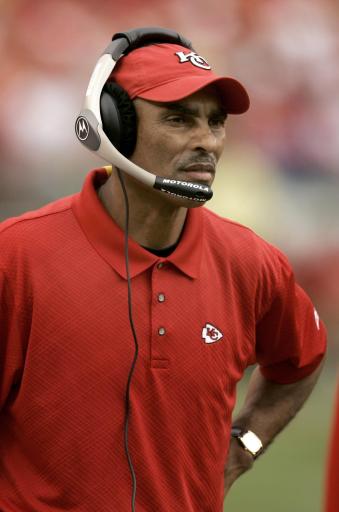 Adam Schefter and Chris Mortensen have conflicting reports over who the Chiefs next head coach will be.

Mortensen says a deal with former Denver Broncos coach Mike Shanahan is near (UPDATE: ESPN has changed the language of their report to the Chiefs "targeting" Shanahan).

Schefter says there's been no contact between Shanahan and the Chiefs.  He also says the Chiefs are keeping Bill Cowher at the top of their list despite reports he will not be returning to the coaching field in 2009.

This is a big story that one of the two top names in NFL journalism will get wrong.

On whether all the blame should be placed on Herm:

On rumors that Mike Shanahan will be the next head coach:

On how this will affect the possibility of him being traded: