Chiefs Have One Week to Interview Steelers/Cardinals Coaches

Share All sharing options for: Chiefs Have One Week to Interview Steelers/Cardinals Coaches 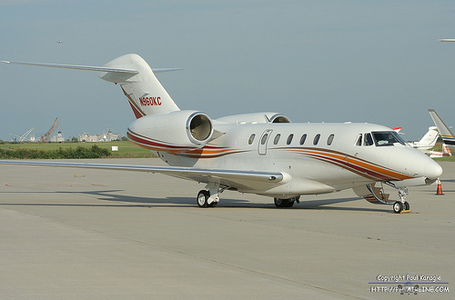 Will Clark Hunt and Scott Pioli be flying to Arizona this week in this plane?

That is, if the Kansas City Chiefs wanted to.

Just wanted to throw out a reminder about the NFL's playoff interview rules. Coaches of teams in the Super Bowl can only be interviewed during the first bye week, in their team's home town no less.

The Arizona Cardinals' offensive coordinator, Todd Haley, has been mentioned as a person of of interest for the Chiefs. So I suppose it's possible that Clark Hunt zips over to Glendale, AZ, in that jet of his to talk with Haley. Not like we'd hear anything about it though.

No Steelers' coaches have been involved in any of the speculation.

I attached a poll to this post because I'm curious how everyone thinks this head coach speculation is going to develop. Do you think any details will leak before a decision is made? Or will the team announce a new head coach out of the blue?