What Personnel Strategy Can We Expect from the Chiefs' New GM Scott Pioil?

Share All sharing options for: What Personnel Strategy Can We Expect from the Chiefs' New GM Scott Pioil? 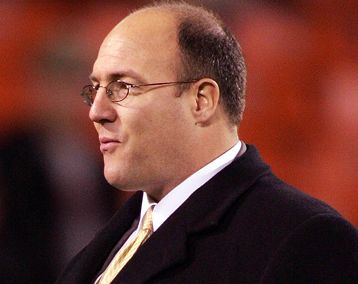 Scott Pioli became the New England Patriots Director of Pro Personnel in July 2001, six months before the team won the Super Bowl. Pioli had come to the organization just a year before as an assistant in the personnel department.

In the years leading up to that 2001 Super Bowl win and Pioli's promotion, the Patriots were not a very good football team. The 2000 season saw them go 5-11, after going nearly .500 in the previous two years. The team was on the decline.

Now to be fair, the 2001 season was Bil Belichick's second season with the team, so he certainly deserves some of the credit for turning a 5-11 team into an 11-5 Super Bowl winner. Regardless, here are someof the player moves the Patriots made in the 2001 and 2002 seasons.

2001 Off Season, Pioli's first as a Director

(Pioli came on in July of 2001 as Director but I'm going to include all of the transactions that off season, presuming he was involved heavily)

That's a lot of draft time trades. You can just see the Patriots buzzing away, trading multiple picks for the guys they want.; trading for more picks; swapping late round guys with other teams. This strategy definitely seems in line with Pioli's "building a football team" comments during his press conference.

The rest of the Patriots' '02 off season wasn't anything more than the standard sign some undrafted free agents, cut them before camp sort of thing.

For an eventual Super Bowl team, the Patriots sure had a quiet off season.

Again, the Patriots had a very active draft time and then the off season continued with the usual signing of undrafted free agents and then releasing them to get to the 53 man roster. Pretty standard stuff that every team does.

What I take away from this is a personnel strategy geared towards putting the team together like a puzzle, instead of plugging holes. The Patriots were truly trying to make a team that functioned as a team. instead of as support for individual stars.

During draft time, the Patriots traded for very specific players they needed and in the 2001 and 2002 off seasons, they never went out on a limb for a free agent.