Share All sharing options for: Bad Moon Rison Gets Busted 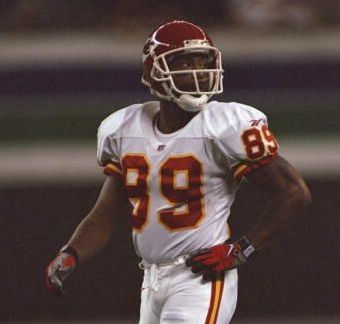 We briefly interrupt our GM and draft coverage to bring you a story about an old Kansas City Chief.

Rison, who was selected for the Pro Bowl five times in the 1990s, was detained after police responded to a call about a public disturbance at 2 a.m. Monday, KENS-TV, San Antonio, reported. He was at the Crowne Plaza Riverwalk.

Was I one of the few people that didn't really like Andre Rison when he was a Chief? Seems to me that most did when I talked to them.

Anyway, Rison got off easy.

He paid an $85 fine for the misdemeanor offense and was released, police said.

Brock Middlebrook, when will you learn?