Talking about the Chiefs' Offensive Line

Share All sharing options for: Talking about the Chiefs' Offensive Line 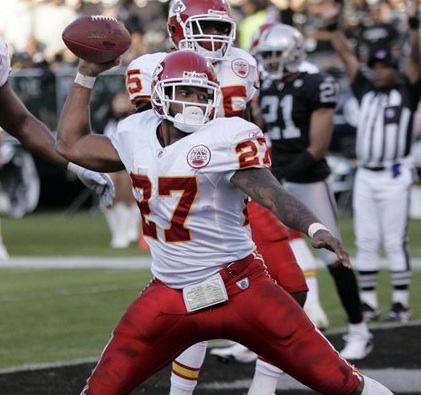 Larry is happy with the new talent on the Chiefs' offensive line. via ESPN.com

Inspired by the comments in this FanPost, I compiled some data on Kansas City Chiefs offensive line. Last year and heading into this season, the Chiefs' offensive line was the biggest worry out of the entire roster.

This year, the offensive line has quietly come into its own. No rushing meltdowns. Fewer "disintegrations" in pass protection. We've hardly complained about the line this year.

A couple notes about the stats:

We can sing their praises but the reality is that the Chiefs likely need to replace McIntosh and Niswanger. Brian Waters is playing quite well and will probably be around for at least three to four more years. He doesn't get injured really at all.

Who do we scrap on the offensive line and how early do we pursue a linemen in the 2009 draft?