The Case for Denny Thum as Chiefs' President

Share All sharing options for: The Case for Denny Thum as Chiefs' President 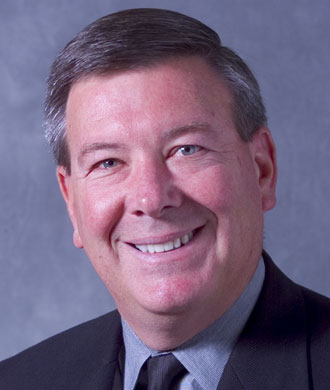 The Chiefs Vice President, COO and interim GM Denny Thum has seen it all in Kansas City.  He owns the distinction of being employed by the team through all 10 head coaches in franchise history.  Hired in 1974 as an accountant, Thum has had his hand in the Chiefs' numbers the last 34 years.  He is, by all accounts, one of the best business.

But his biggest problem is that he's connected to the previous regime.  Although he wasn't a Peterson hire, he'll forever be connected to King Carl as he was given the title assistant GM in 1989, added VP in 1996 and then promoted to COO in 2006...all under Carl's watch.

Carl himself has been impressed with Thum during his tenure:

"I believe it is exceedingly important that we utilize Denny’s management skills in all areas of the Kansas City Chiefs organization at this time. As the Chief Operating Officer he will report directly to me as he oversees the budgets for other areas in our organization, including sales, marketing, capital improvements, information services, stadium operations, promotions, accounting and business operations of the Chiefs. He will work in conjunction with me and team ownership in formulating the short-term and long-term strategic plans for the continued vitality of the Chiefs franchise."

Carl's biggest asset has been the perception that he's a savvy business man.  As evidenced by the quote above, Thum was involved in all the major business moves by the team.

Say what you will about the Chiefs over the past 15 years (0 playoff wins) but only 5 teams have a better record than the Chiefs in that time span (GB, PIT, IND, NE, DEN...all SB winners over that span).  Much of that [regular season] success over a long period of time can be attributed to Thum's abilities to work the cap.  By all accounts he's one of the best in the business as evidenced by his ability to maintain the Chiefs cap.

Long-time agent Jonathan Feinsod, who has worked with the Chiefs before, praised Thum and the possibility of him getting a promotion:

"That would probably be something that's way overdue," said agent Jonathan Feinsod, who has negotiated many player contracts with Thum. "He's been groomed so well and seen so much and is completely ready. Too many people get moved into these positions who aren't nearly as qualified as Denny Thum."

Arrowhead Pride covered the Trent Green saga of the 2006-2007 offseason.  And, as you all remember, it began to get nasty with Carl Peterson and Trent Green.  Until Thum stepped in.

Per Green's agent after the Chiefs and Dolphins finally got a deal done for Green:

"As hard as Carl Peterson tried to screw this up," said Steiner, "by violating a code of ethics between a club and an agent by discussing an offer with a player without an agent present, we got a deal done.

"Credit goes to (executive vice president and assistant GM) Denny Thum for keeping this together, and he did it based on his relationship with me. Without Denny Thum and (coach) Dick Vermeil this deal would not have gotten done."

I wonder how many deals were on the brink of falling apart before Thum stepped in.

So, while we've been knocking Carl Peterson for who he hired and who he didn't fire, let's remember he got it right with Thum.  The Chiefs next president is already in house.  He knows the team.  He knows the  job.  Keep Denny Thum.