Share All sharing options for: Clark Hunt Staying True To His Word 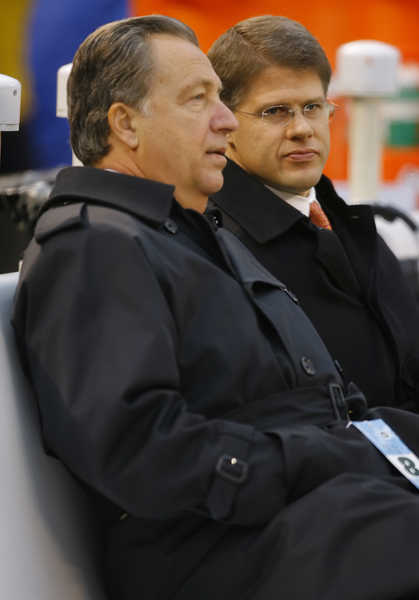 Back in January, Clark Hunt conducted an interview depicting his expectations for the 2008 season. There's been some criticism as of late that Clark didn't live up to his words. However, yesterday's decision to remove Carl Peterson proved a lot of us wrong.

Let's go back and review what he said in January:

"The 2008 season is going to be a very important year for our football team," Hunt said Thursday in an interview with The Associated Press. "I expect us to at least compete for a playoff spot."

Competing for a playoff spot was probably unrealistic but he did say that another 4-12 season would be unacceptable.

"I'm not saying this football team's got to win 10 or 11 games next year. But I expect us to be competitive for a playoff spot," he said. "Certainly, if we're 4-12 again that would be a failure, or anywhere close to 4-12. It's not unrealistic for us to have a team that's in the mix fighting for a playoff spot late in the year next year."

"Carl obviously has a very good long-term record. He's shown that he can turn a bad football team into a good football team in several different places, including here. At the end of the day, I concluded that continuity in our front office really gave Herm and the football team the best chance of being successful in 2008."

Clark clearly delivered his expectations for the season. When those weren't met, he took action which is an encouraging sign. I don't think we have (nor do we want) a "hands on" owner but we want someone who is willing to make a change at the top if it's needed.

I think Clark nails it with this comment in the interview: