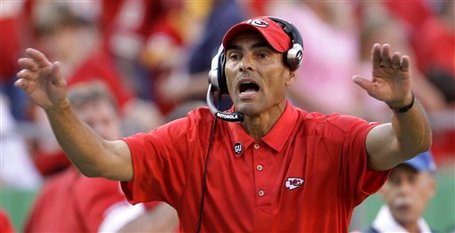 I have a confession- I would rather watch election returns than the Super Bowl. Yeah, I said it. This presidential stuff only comes around every four years. All media coverage today will be election related so make sure you check out AP throughout the day to escape. More on the Chiefs offensive explosion in a bit...