Does Tyler Thigpen Need To Win To Keep His Job?

Share All sharing options for: Does Tyler Thigpen Need To Win To Keep His Job? 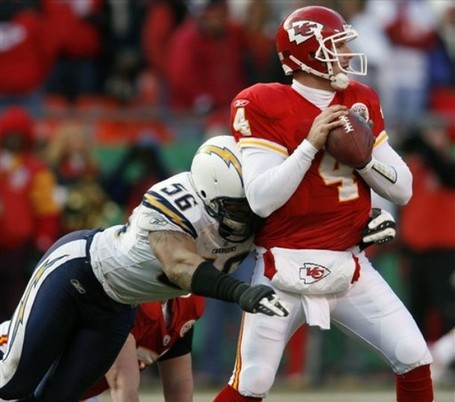 Thigpen himself seems determined on winning despite his numbers:

"When you go to do all these contract things, a lot of people look at statistics," Thigpen said. "It doesn't matter if he plays good. Did he win? That's the biggest thing."

While his numbers have been outstanding considering who he was prior to the season but are they enough?  Is 700+ yards and no interceptions in a three game losing stretch good enough?

In my mind, he's gotta win.  If there isn't one NFL victory on his resume entering next April then I think we need to pick up a quarterback on the first day.  Thigpen's stats are impressive.  He was a nobody now and is now playing himself into a must-have fantasy player.  But he hasn't demonstrated an ability to win an NFL football game yet.

Which would you rather see happen?