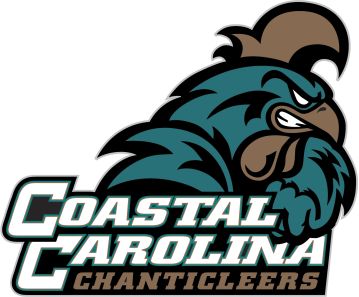 I caught a snippet somewhere yesterday on a site that mentioned that Tyler Thigpen was originally brought to Coastal Carolina as a running back. So, I decided to check out the illustrious five year history of the football program at CC and see how Thigpen did during his freshman year of college.

More of an exercise in curiosity than anything, with Thigpen comfortably settling into the Chiefs starting QB role and writing his own narrative for the rest of the season, I wanted to know more about Tyler Thigpen.

The intelligent fans snicker when they hear a traditional media outlet report about Thigpen's "record setting years" at Coastal Carolina because we all know that when a football program is brand new, all stats are records. To be fair, Thigpen did break Big South Conference records but you know I'd throw those into the same boat as CC records. But, for some reason, you still get the reporter who will write about CC records in a serious tone in an article. Just laugh, click off the page and come back to AP.

Thigpen split time at both quarterback and running back with a host of others at Coastal Carolina. Judging by their 2003 stats, I'm not sure what offense CC was running.

As you can see below, Thigpen wasn't much of anything at Coastal Carolina his freshman year. We'll be poking around his college stats this week, if only to feed my insatiable thirst for all knowledge about Tyler Thigpen.

Quiz question for you this morning: What defensive player in the Big South Conference and current Chief also won Big South accolades during his college career?