Poring Over the Weekly Numbers

Share All sharing options for: Poring Over the Weekly Numbers 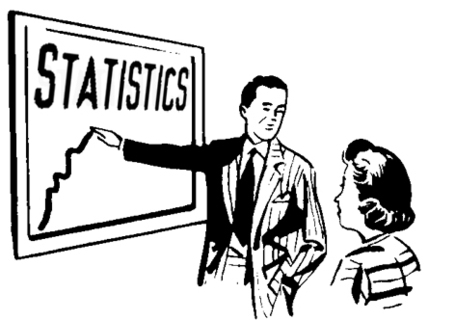 A little down analysis for you this morning. Nothing too shocking here but it's part of our commitment to making you sound intelligent on game day. Unfortunately, because everything is a freakin' mess at Arrowhead right now, it's tough to pull patterns and trends out of these stats, or any of the Chiefs' stats. Too many players are in and out of the games. We have no consistency. And no strengths, as Herm so eloquently put it a few days ago.

Interesting stat: On first down with between 6 and 10 yards to go, the Chiefs have rushed the ball 65 times for a 4.09 YPC average. They've also passed 71 times in that same yardage situation and racked up a dismal 1.87 yards per pass. On an typical running down, the Kansas City Chiefs are surprising no one with the pass. Playcalling? I think of that passing stat and I think of the "quick out" play to the sideline, which I despise.

Interesting stat: One second down and 5 or less yards to go, the Chiefs are fairly poor at converting first downs via the run - only two first downs out of eleven rushing attempts in that situation. Okay, I couldn't find much interesting about second down this year. That's all I've got.

Interesting stat: The Chiefs have had 89 third downs this season and over half (46) of those, they have needed to gain at least six yards for a first down. They converted a first down on ten of those 46 attempts. The Chiefs also have little confidence in the run in third down and five or less yards to go. They've passed the ball 27 times to rushing the ball 16 times in third and five or less yards to go. Not a huge disparity but a slightly telling stat if you know the team.

Not much to glean from our few fourth down attempts.

Primetime will be by soon to talk about Quinn Gray, so stay tuned.